With its rich culture and diverse heritage, its incomparable beauty, imposing landmarks and vast expanses of magnificent wilderness, Canada is truly a country like no other.

If it’s not currently at the top of your list of places to visit, then be warned, this list of its most iconic destinations may have you booking a plane ticket before the end of the day.

To travel to Canada (for less than six months) without a visa, however, you must first apply for an eTA Canada.

Standing for electronic travel authorisation, an eTA is required for people traveling to Canada by plane for a holiday, business trip, family visit or even as a stopover en route to another country.

The process of applying for an eTA is a simple, three-step procedure, and it is normally received within three days of applying, should you meet all required criteria.

An eTA Canada lasts for up to five years. It can be used for unlimited flights to the country, giving travellers plenty of time to visit these supreme Canadian sites . . .

Perhaps the most famous of Canada’s attractions is the magnificent Niagara Falls.

Cascading over the border of Canada and the USA between Ontario and New York State, it combines three waterfalls – the American Falls, Bridal Veil Falls and Horseshoe Falls – to produce the largest water flow rate of any other cataract on the planet.

It’s nature at its most spectacular. Niagara Falls is a sight which tops the bucket lists of many tourists and travellers, and with good reason. Well worth an eTA application alone!

Banff National Park is the oldest and largest national park in Canada. It’s sheer size alone is enough to entice visitors from all over the world.

Its seclusion allows visitors to feel at one with Mother Nature while appreciating the immensity of the park’s beauty.

World renowned as an architectural triumph, the CN Tower is one of Canada’s top man-made tourist attractions.

The 553.3metre high building is located in downtown Toronto, Ontario. It’s home to world-class entertainment, fine dining experiences and viewing platforms from which you can see the entire city, Lake Ontario, and even Niagara Falls on a clear day.

As cultural as it is beautiful, Quebec City is the only fortified city in Canada. In fact, it was the first city to be fortified in the whole of North America, and the only one north of Mexico City to have preserved its walled ramparts to this day.

A bit of Old Europe on American soil, UNESCO designated Old Quebec as a World Heritage Site in 1985.

Old Montreal is located close to the Saint Lawrence River in the Provence of Quebec. It is home to an array of historical sites which date back as far as the 17th century.

As well as celebrating the city’s, and country’s, indigenous and colonial past, the district’s cobbled streets are home to many iconic landmarks, such as the Notre-Dame Basilica, a Gothic Revival church and the Pointe-à-Callière Museum, home to archaeological ruins.

It is extremely accessible, with ferries travelling from both the Canadian and USA mainland daily. Plus, seaplanes take passengers from Seattle and Vancouver!

The largest island on the west coast of North America, Vancouver Island hosts all of the outdoor activities you can think of. From surfing and bathing in secret swimming holes, to wildlife spotting and trekking through rainforests, there’s something for everyone.

On the east coast of Nova Scotia lies the aesthetically impressive Cape Breton Island. It boasts some of the most stunning scenery in North America.

And after welcoming hordes of Scottish immigrants during the highland clearances of the 19th century, Cape Breton Island remains rich in Gaelic heritage. It is the only place in North America where you’ll hear the native tongue of Scotland spoken. A home away from home for many a travelling Scot.

On the west coast of the island of Newfoundland, Gros Morne National Park is perhaps the world’s best example of a continental drift. Here, deep ocean crust and remnants of millennia-old collisions and separations lie exposed.

The Alberta city of Calgary is called “Cowtown” due to its western heritage. Once a year, the city plays host to the Calgary Stampede, the biggest rodeo event in the world.

Sound enticing? Time your eTA Canada application right and you could be at the 2021 Stampede.

Calgary is also home to a number of scenic parks, such as Prince’s Island Park – a great spot from which to view the city skyline.

Churchill is one of the most extraordinary places in the world to view the wonders of the Arctic.

The town, on Hudson Bay in the far north of Manitoba, is in fact known as the Polar Bear Capital of the World!

From the natural splendour of the northern lights and icy waters of the Hudson Bay, Churchill’s surrounding wilderness is some of the Arctic’s most magnificent.

For more information on how to apply for an eTA Canada, or to establish whether or not you meet the criteria, visit their website.

Digital Ed Iain recently travelled across Canada by train. Click here to read more about it. 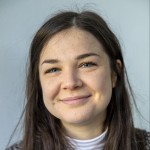 I'm the Production Coordinator for No.1. I liaise with our advertisers and sales team to design and place adverts in our monthly magazine. I also deal with sponsored content for our website. If you ever want to get in touch, my email is: catherine.mceachern@dctmedia.co.uk
More From This Author

A Visit To Dunrobin Castle In The Scottish Highlands

Digital Editor, Jacky, went on a long weekend trip with family to the Scottish Highlands. Read about her stay in Dornoch and visit to Dunrobin Castle. I recently went on […]